I think that generally, the practicality of a Porsche 911 goes unrecognised; it is incredibly so. I think that is what separates a 911 from other Sports Cars. The 2+2 layout means that the Rear Seats become a second Storage area; first you fill the seat buckets, then you lay stuff on top of that, then you hope that it doesn’t join you in the front if you ever need to Slam on the Anchors. 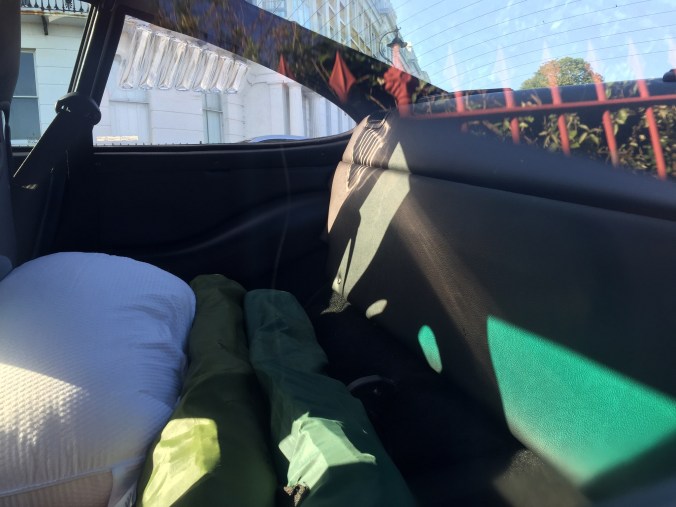 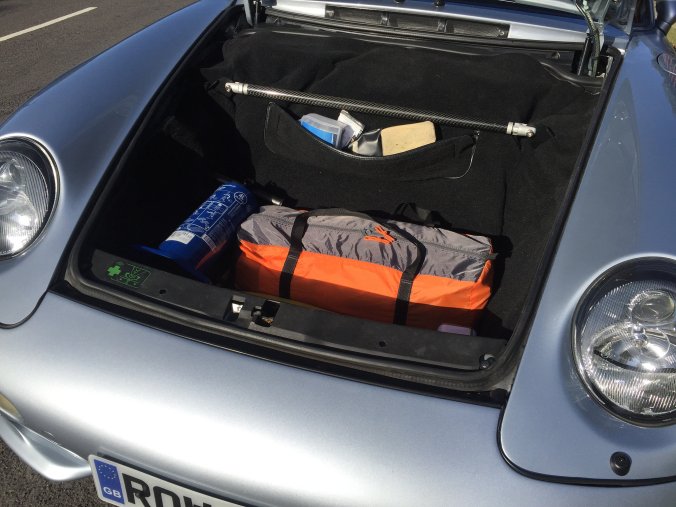 Then you have the “Trunk” itself, which, whilst not being Suitcase suitable, can take a coupla Sports Holdalls no problemo. And a Tent. And a Toolkit. And 2 Six Packs of Leffe Blondes you picked up from a Supermarche. And Crisps. 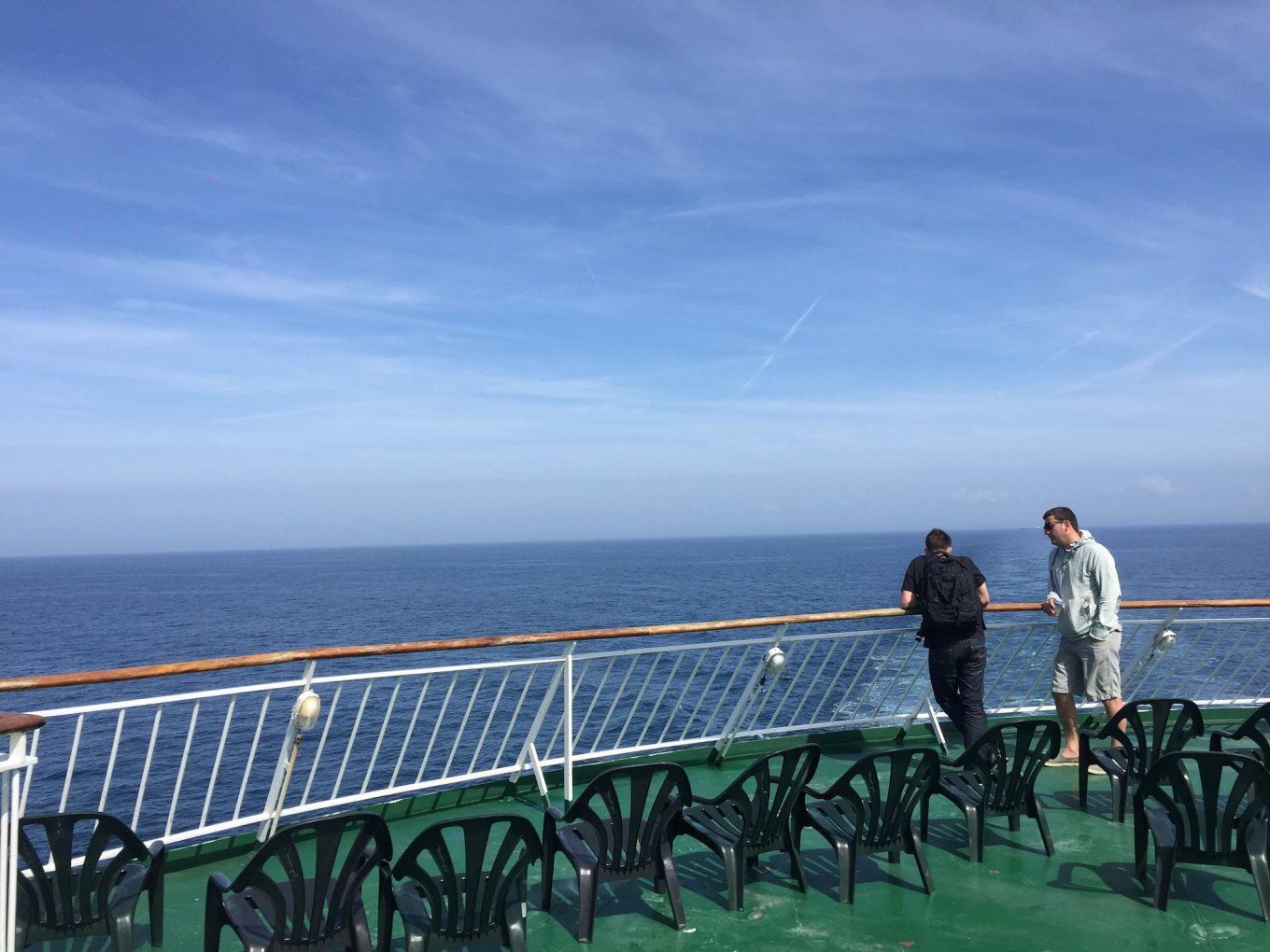 It was an early start, on a beautiful day, but the 993 awoke with a pop, a burble and aplomb, driving from Brighton to collect my mate Simon from Eastbourne, and then doubling back to Newhaven. More Miles = More Smiles.

That was #OysterJohn‘s MO for getting us to Le Mans, who was Navigator / Passenger in Nick’s Mustang Ragtop; no need to jump on the AutoRoute the whole way; that’d be direct and dull, the Gendarmes putting paid to any High Speed Fun. OysterJohn got out his Map, and made it up as we went. Lunch would be grabbed in Caudebec-en-Caux after an hour or so on the Blacktop. 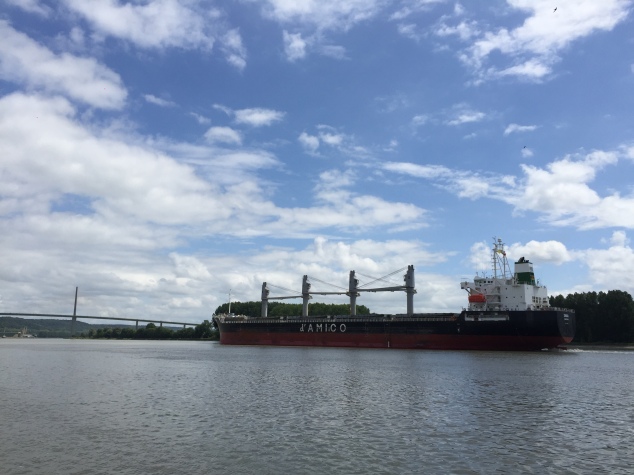 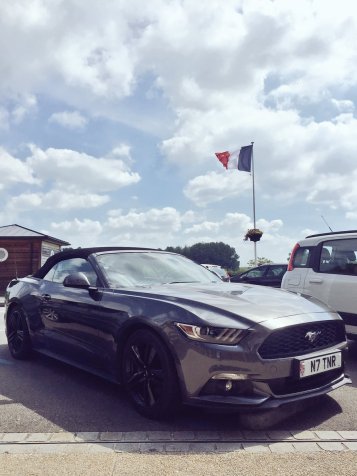 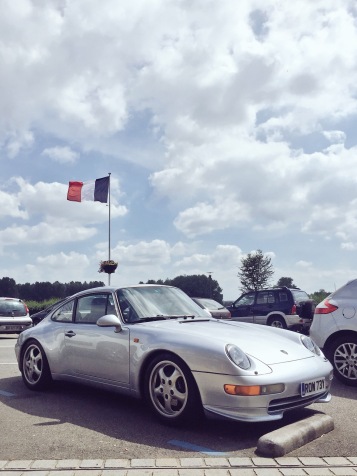 D Roads in France rock. This one had a delightfully dangerous dusting..

A Half a Tank of Fuel and a Supermarche PitStop later, we arrived at the Le Mans Enclosure, Thomas Cook Sports providing us with Infield Camping and replacement Tickets [because I had left ours back in the UK]. 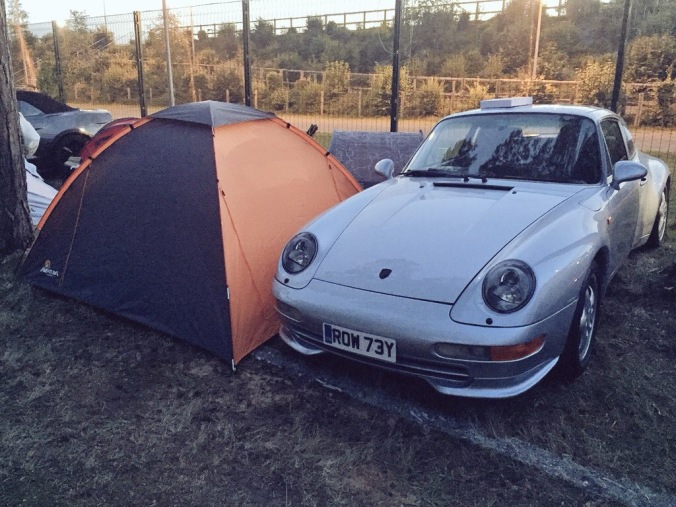 I’m not going to talk about the Race, because I don’t remember much of it, #OysterJohn opening and handing me a Beer at 11am on the Saturday morning, and a Steady Stream of the Amber Nectar ensued.

Making our way through the Fan Zone, the iconic Pink Pig was an obvious draw, reverent and divisive, I love it.. 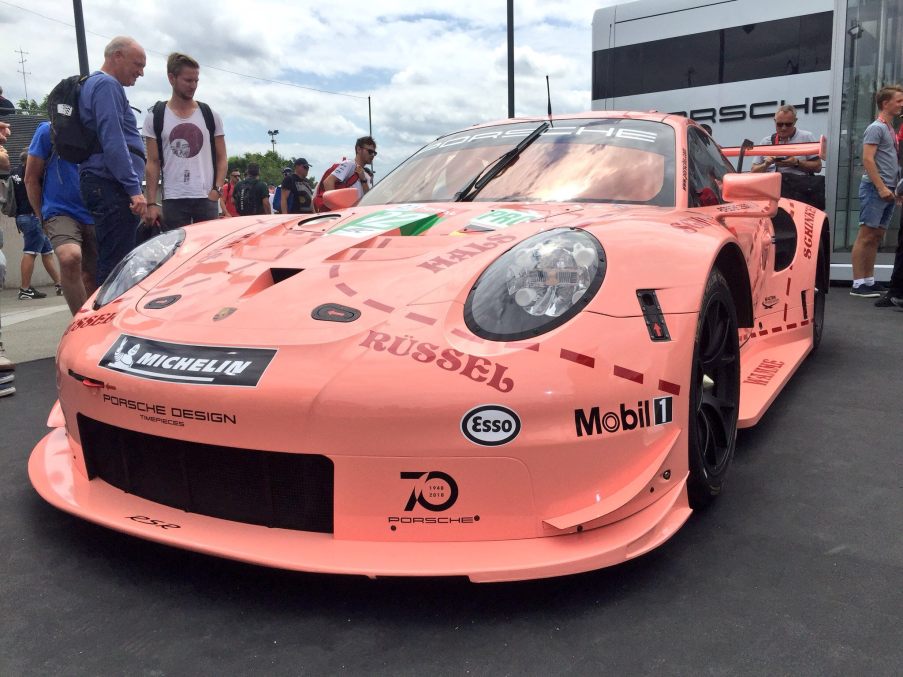 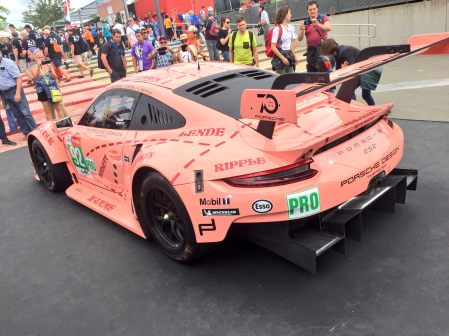 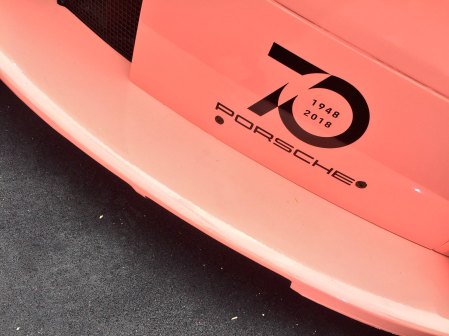 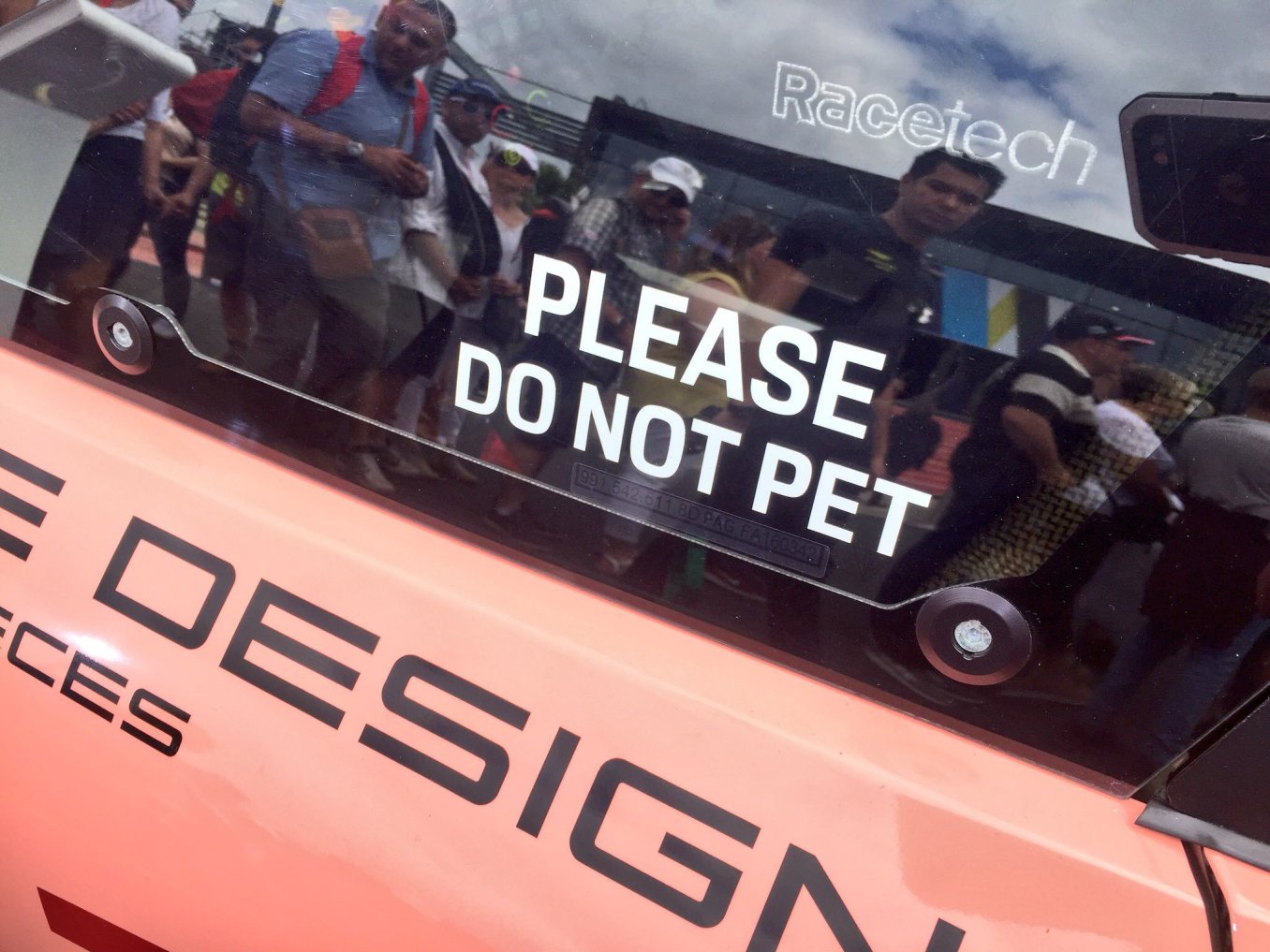 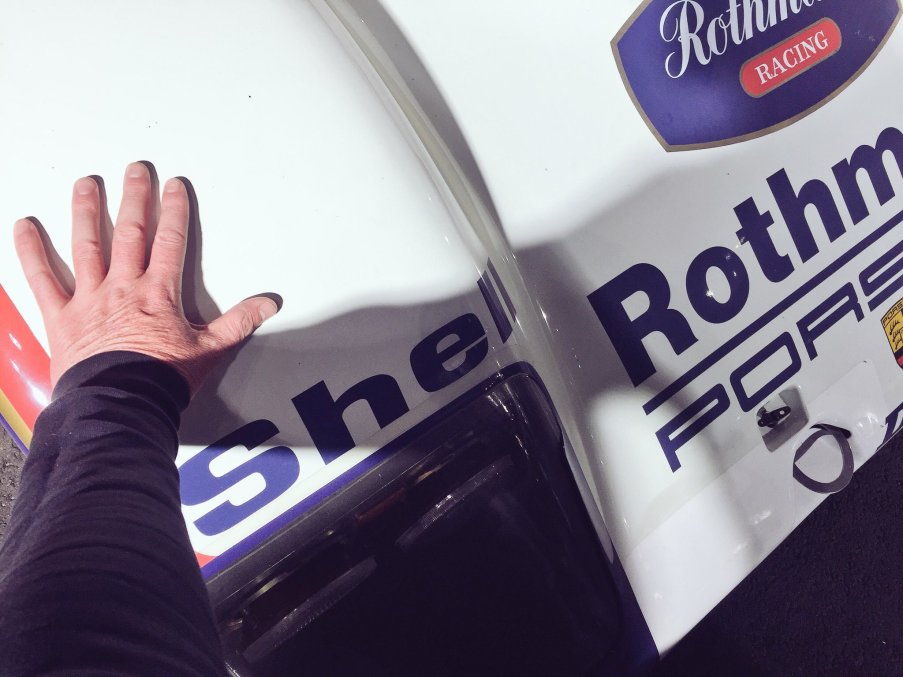 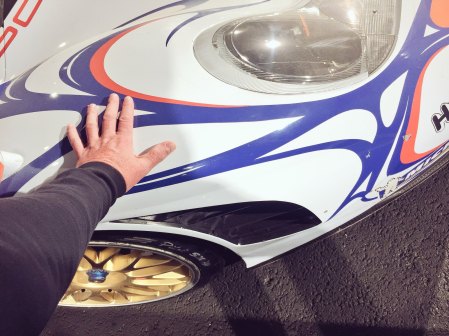 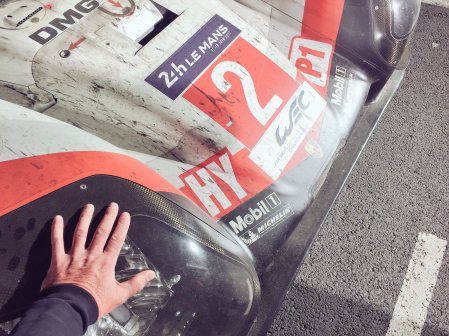 We found some space, sat down and watched the Start. Those GTE Class motors really steal the Sound Show..

Later, I managed to get us invited to the Porsche at The Curves, how, I’m not entirely sure, but I’ll put it down to my l’Aptitude de Blaggé. Bier, Bratwurst and the best spot to watch some racing. It also meant I could have that ridiculous photo of me in front of the 70 Year wall taken by the Sot that was #OysterJohn. 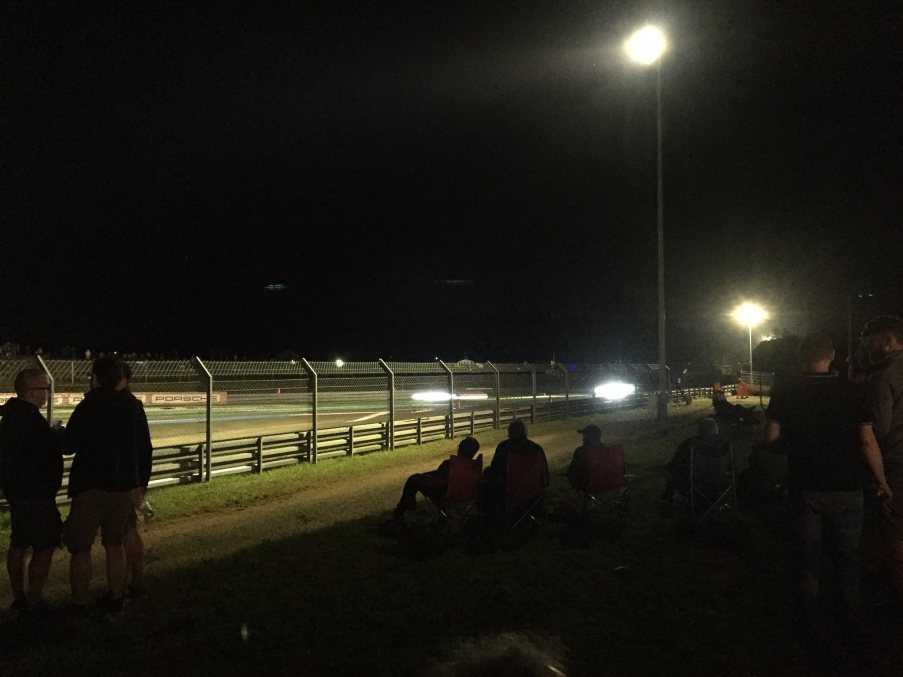 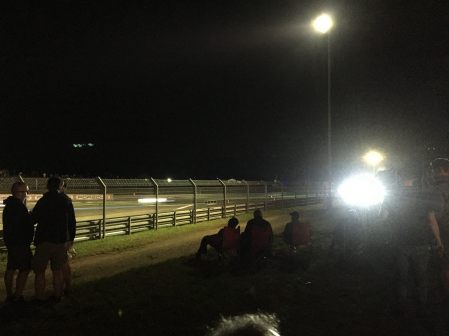 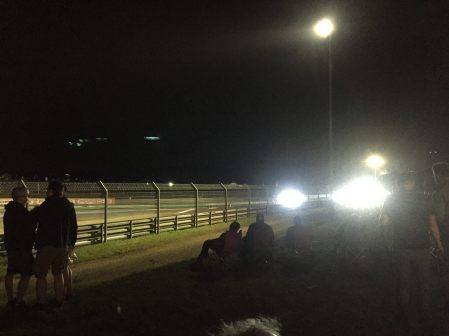 But enough about the Race, what this Weekend was about, was a Warm Up, a Practise Run in the 993 to see how she felt to me, the Cabin sound, the Pop of the Exhaust cracking out of Second into Third, the Spirited Drive. She had it all, and I enjoyed every second in the Recaro. Which is a good job, because I am driving with my Girlfriend to Santander, Spain to catch a Ferry back to the UK via France, Belgium, Germany, Switzerland, Italy and France [again], stopping along the way to have an Adventure the two of us, taking two weeks from June 23rd to do it all. I’d like to invite you along, as we’ll be posting on Instagram / Instagram and Twitter / Twitter [I’m not on Facebook]. Think Porsche Museum, Alpine Passes, French Riviera, Pyrenees and Basque.. Can. Not. Wait. 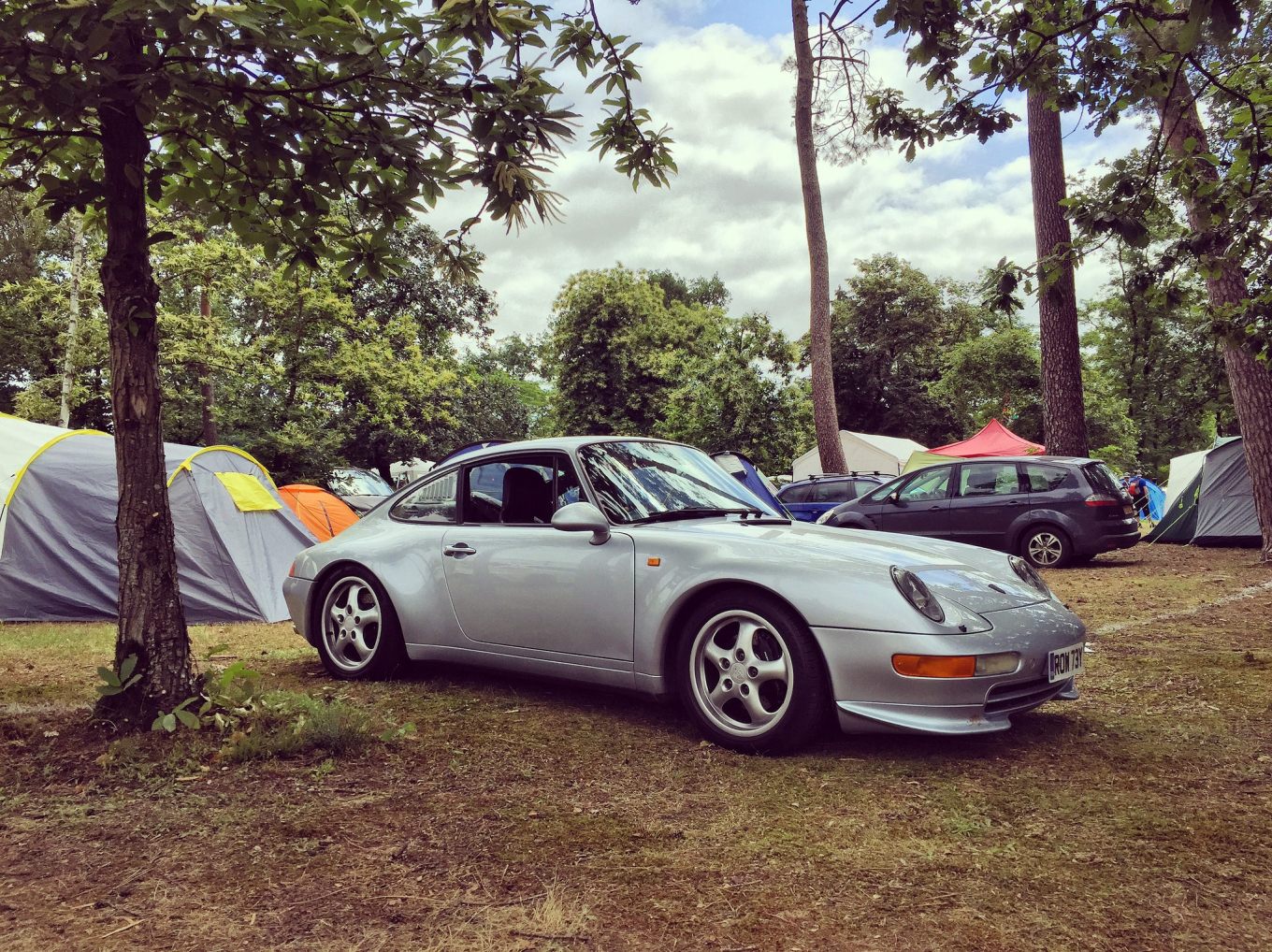